Danny Moeskops had a huge influence in the design of the Kompressor SS. He wanted a rod that would load up with 175 gram plus baited trace, reel brimming with line, 12 turns of 80lb shock leader and send a baited rig effortlessly into big seas and really rough ground. The upper tip retains the same compression curve of the Kompressor S however the lower barrel of the tip and butt is more powerful allowing energy to be stored and released through a series of enhanced Gearboxes. The smoothness of delivery is a revelation and the rod recovers quickly to allow the fast passage of line. The overall compression curve at maximum stretch prescribes a letter C. Deflection of the tip when anchored against a well secured lead and a tight line is indicative even to small taps and nudges.

Consider kelp jungles, really tough conditions that anglers encounter on the eastern seaboard of Scotland down to Yorkshire, Northern Scotland with its deep sea lochs, Wales and Cornwall, where local and roving anglers can battle the elements with confidence. The Kompressor SS has been completely evaluated in these venues by anglers who were impressed by the power, lightness and slimness of the rod that can send a baited trace and 200gm lead a very long way. If you are looking for exotic excursions – Danny has tamed Bronze Whaler sharks from the east African coast on this rod. 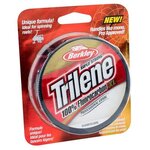