The team from Mackenzie DTX have teamed up with Professor Gary Savage, former Formula One World Team Champion and one of the world's leading experts in carbon and composites to bring to market what has to be regarded as the most advanced fly rod ever made! With Professor Savage's help, Scott Mackenzie and his team have designed and built a world first - a fly rod incorporating a new super material called Graphene!

So what is Graphene? The Mackenzie FX1 is the first double-handed salmon rod to use Graphene, a Nobel Prize winning material that is set to revolutionise carbon-composite engineering. Discovered at the University of Manchester in 2004, Graphene is the strongest and stiffest material known to man. It is up to 300 times stronger than steel, even stronger than diamond, and 30 times stronger than Kevlar - the material used for bullet proof vests! Graphene recently revolutionised the tennis world after Head launched a new tennis racket using the material, now used used by Andy Murray and Novak Djokovic.

The way it is used in the manufacture of the FX1 blank is in the form of multi-walled carbon nanotubes - 1 atom thick sheets of hexagonally bonded carbon formed into tubes and added to a state of the art resin. Being 32 times stiffer than steel per unit mass. The sub-microscopic cylinders of carbon on a weight-for-weight basis are at least 120, and up to 300 times stronger than steel and 30 times stronger than Kevlar!

Approximately 1/50,000th the width of a human hair, Graphene nanotubes can stretch considerably rather like plasticine before breaking, up to 14 percent of their normal length. Their aspect ratio (length/diameter) can be up to 130 million: 1. To illustrate this, if we think of a carbon nanotube as a piece of spaghetti (typically 2mm in diameter) then, at this scale, the tube would be 66km long!

The Mackenzie FX1 blank is impregnated with this resin incorporating a weave of this new Graphene nanotube material. We tried the rod in less than ideal conditions and found that it flexes well during the cast and recovers powerfully. The fast recovery makes it easier to cast further with little effort, yet retains the 'feel' that is so important in a Salmon fly rod, especially if your casting is not on top form.

As well as being the first rod to incorporate Graphene, the blanks are produced using a further unique process where the blanks are cured inside a high pressure Auto Clave, a machine normally used to make parts for the motor racing and aerospace industries. This extra process removes as much air as possible from between the carbon layers in the blank as it is cured that would normally remain trapped during the normal rod making process, creating a much stronger blank which means the FX1 rods are extremely strong and durable. With these new manufacturing processes, the new Mackenzie FX1 Graphene Salmon rods are at the forefront of global design and composite engineering using new materials and techniques currently being developed for aerospace applications 7 to 10 years in advance everyone else! 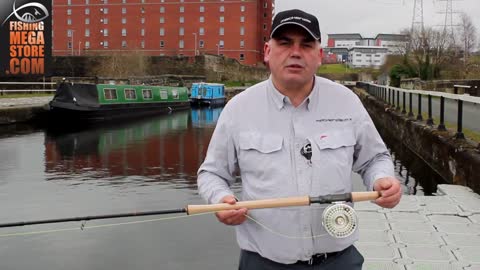 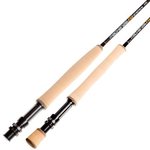 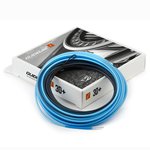